This is a special project for children of primary school.At this moment,I am working in a bilingual project for nursery,primary and secondary school.I join different papers and activities for each group of students. 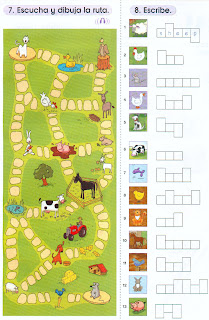 This paper is for primary school,the students can learn the names of farm animals.It's an entertaining and funny activity.
Publicado por eva en 10:05 No hay comentarios:

The McCanns still hope to find their missing daughter
The parents of a missing British girl, Madeleine McCann, are back in more than four months after their daughter disappeared in .
Madeleine McCann disappeared more than four months ago from an apartment in the small Portuguese resort of Praia de Luz. Kate and Gerry McCann say they returned from eating in a restaurant a short distance away, to find their daughter missing - she's not yet been found.
The McCanns have stayed in since Madeleine's disappearance, where they have at times been the focus of close media scrutiny. They seemed to use that interest to their advantage, launching an international campaign to keep the story in the public eye. Pictures of Madeleine were posted on a special website, in airports and police stations around the world.
The McCann's have found strength in their own religious faith in the past months, even though admitting times of doubt. Travelling to the weeks after Madeleine's disappearance, they were given a brief audience with the Pope.
In this and all public appearances, the McCanns have always seemed calm, even after the dramatic turn of events of recent days which saw them being named as official suspects by Portuguese police. In interviews with British newspapers, the McCanns have accused the police of trying to frame them in the case. Officers say Portuguese law prevents them from responding to that accusation.
The McCanns have said they wanted to return to Britain for the sake of their twins. But on Saturday a family friend said, they were determined that the focus of the investigation does not shift away from trying to find Madeleine.
Part A. Reading Comprehension.
I. Answer the following questions using your own words but taking into account the information in the text. (2 points: 1 point each)
a) What do officers say about Portuguese law?
b) Why did he McCanns want to return to ?
II. Are the following statements true (T) or false (F)? Identify the part of the text that supports your answer. (1.5 point: 0.5 each)
a. The parents of Madeleine McCann have been back in for more than 4 months.
b. They managed to have a long meeting with the Pope.
c. The McCanns had a meal in a restaurant which was not near the hotel.
III. Find a synonym for each of the four words below from these six options: (1 point: 0.25 each)
shift           strength         suspects          launching       scrutiny          frame
a) move
b) detailed examination
c) beginning
d) make sb feel they are guilty
IV. Choose a, b, or c, in each question below. Only one choice is correct. (1.5 points: 0.5 each)
1. The McCanns have found strength…
a) after visiting the .
b) because they believe in God according to their faith.
c) because they work out in a gym .
2. The McCanns have accused the police of…
a) killing Madeleine.
b) making them feel guilty of a crime they did not commit.
c) preventing them from responding to the accusations.
3. The McCanns…
a) returned to when their daughter disappeared.
b) have never wanted to return to .
c) seem to have used media interest to their advantage.
Part B. Composition (130-150 words approximately). Choose one of the following topics. (4 points)
1. What do you think of the McCann case? (OPINION)
2. What can we do to make sure children are safe? (PROBLEM SOLVING)
3. What are the advantages and disadvantages of having children? (ARGUMENTATIVE)
Publicado por eva en 8:50 No hay comentarios:

an english exam for second course of bachillerato

16th century royal letter for sale
A letter from the 1500s which tells part of the story of how the Church of England began is expected to sell for a high price. It was written by Catherine of Aragon, the 1st wife of King Henry VIII, while he and the Pope were struggling for power.
It has always been said that British schoolchildren don't know much about British history, but one thing they all know is that Henry VIII had six wives - as the saying goes "divorced, beheaded, died; divorced, beheaded, survived".
Catherine of Aragon was the Spanish first wife who was divorced when she failed to give the King a son. The letter for sale is dated February the 8th 1534, in the middle of this tumultuous and gripping period. King Henry wanted the Pope to annul his marriage to Catherine so that he could have a child with another woman.
This autographed letter, signed 'Katharina', is to the Holy Roman Emperor Charles V. In it she pleads -in Spanish- for Charles to press the Pope to stand up to Henry saying that the [quote] "sufferings, surprises and affronts which every day puts on us, are of universal notoriety". Catherine was successful, the Pope supported her, but of course Henry defied the Pope, divorced Catherine, and set up the Church of England.
The letter is enormously rare and could fetch over 100,000 dollars when it's sold in December. The price reflects an intimate glimpse into a brutal and totalitarian society. (254 words)
Part A. Reading Comprehension.
I. Answer the following questions using your own words but taking into account the information in the text. (2 points: 1 point each)
a) According to the author, what did King Henry want the Pope to do?
b) According to the text, what does the price reflect?
II. Are the following statements true (T) or false (F)? Identify the part of the text that supports your answer. (1.5 point: 0.5 each)
a. Catherine of ’s letter is dated in the 15th century.
b. Catherine wanted Charles V to oppose King Henry.
c. The Pope did not agree with Catherine.
III. Find a synonym for each of the four words below from these six options: (1 point: 0.25 each)
glimpse       defied        pleads        stand up to       affronts      gripping period
a) begs, makes a very strong request
b) offensive words
c) a very quick look
d) refused to respect
IV. Choose a, b, or c, in each question below. Only one choice is correct. (1.5 points: 0.5 each)
1. British school children…
a) know a lot about English history.
b) have studied about King Henry VIII.
c) only know one thing.
2. Catherine was successful because…
a) the Pope agreed with her
b) she was not beheaded.
c) King Henry VIII divorced her.
3. Catherine of was divorced because…
a) she had the flu
b) she couldn’t have a baby boy
c) she was Spanish
Part B. Composition (130-150 words approximately). Choose one of the following topics. (4 points)
1. What can we do to help Spanish students enjoy history classes?
2. What are the advantages of studying history?
Publicado por eva en 8:46 No hay comentarios:

You can write all the sentences in passive voice.It's very easy,remember you have a lot of time at Easter.This exercise is for all the students of fourth of ESO,but if you are in bachiller you can do it.

5. They arrested the burglars. .

Complete the verbs in brackets in the passive voice but in the correct tense.It's very easy because I help you,I have written the right tense of each sentence between brackets
1. Paul (send) to prison. (Future tense)

2. My brother (just beat) in the race. (Present perfect)

11. The fire brigade (phone) soon after the fire broke out. (Past perfect)

12. You (laugh) at if you talk such nonsense. (Future tense)

thanks for this video with this special song in my birthday day.I'm very happy

it's an entertaing and funny song.Listen the song and repeat the name and the sounds of the animals.
Have a funny time!!!!!
Publicado por eva en 8:24 No hay comentarios:

a new post for kids.You can sing and learn the alphabet and a lot of new works
Publicado por eva en 8:12 No hay comentarios:

Listen the song and find the different groups of words that rhyme.

how many group of words that rhyme can you find?
Publicado por eva en 3:06 No hay comentarios:

Another exercise about singular and plural.This exercise is for 1st course of ESO
1. an apple - five

It's an easy exercise.First,you must read the rules of singular and plural carefully and later you can complete the following list. 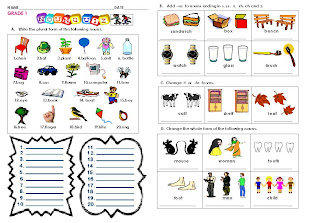 Take the personal pronoun to start the sentence!

1. He has lent her the umbrella.

3. Dad promised us some money.

5. He told me the whole story.

6. They have sent her the bill.

9. Peter wrote it down correctly.

11. Dad sometimes takes me to the station.
12. She'll give me his address.
Publicado por eva en 1:49 No hay comentarios:

Put the sentences into passive voice.

2. She bakes a cake every Sunday.

3. He broke the vase yesterday.

4. I clean the shoes every Friday.

5. We wrote the exercise an hour ago.

6. They use this road very often.

8. They cancelled all the flights.

11. He sometimes does the shopping.

12. The ambulance took Peter to hospital. 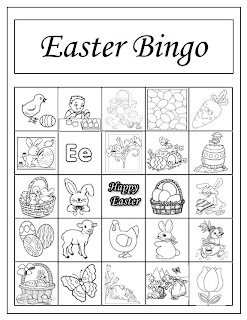 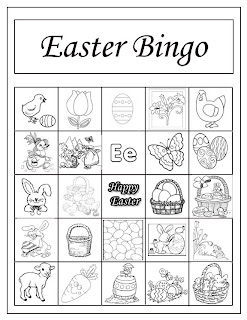 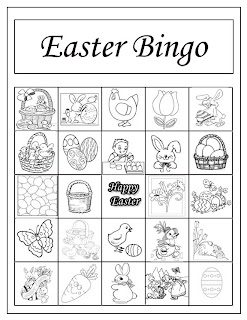 Play with your classmates and learn new vocabulary. 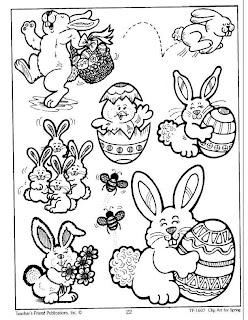 It's a funny and entertaining game.
Publicado por eva en 1:40 No hay comentarios:

Complete the following sentences with the right form of the adjective:use the compartaive form

5. My chair isn’t very comfortable. Your chair is .

7. These flowers aren’t very nice. The blue one is .

9. I’m not very interested in sports. I’m in reading.

11. These tomatoes aren’t very good. The other ones taste .

15. People today aren’t very polite. In the past they were .
cheetah is than a horse. (fast)

18. The Mt Blanc is than the Großglockner, the Mt Everest is the mountain. (high)

remember the easy structure of the first conditional

if I study English,I will pass the exam

I will take an umbrella if it rains a lot

3. If Mary (help) in the kitchen, she will get more pocket money.

9. He to the doctor's if he doesn't feel well tomorrow. (go)

more about countable and uncountable nouns

It's an easy exercise but you must be concentrate

5. She has got stickers.

6. Do you have raincoat?

9. They have exciting holiday.

12. They have interesting History lesson.

20. Please get bread from the baker's.

36. This is important word.

47. This is interesting story.

49. This is expensive hotel.

58. Can you give me information, please?
59. She has blue schoolbag.

a/an with singular countable nouns.We use a/an in affirmative,negative and interrogative sentences

11. Does the monkey eat apple?

13. This is excellent test.

17. She invites boys from her class.

26. I want to buy shirt and pullover.

29. I'd like to have roll and tea for breakfast.
30. Buy cheese for dinner, please.
Publicado por eva en 2:03 No hay comentarios: